Surgery and Music Blog Series, Post #10: A look at the Meta-analysis of 100’s of Studies

You may have heard of a meta-analysis.  It’s when scientists and researchers looks at hundreds of studies that have been done on a specific issues, or even just an aspect of that issue.  For example, researchers have looked at hundreds of studies that were done on Surgery with Music, one looking at anxiety reduction, and another looking at a reduction in pain perception.  Then they distill the most important imformation from the study and publish it.

In 2015, the prestigious British Medical Journal, “The Lancet” published an important meta-analysis:

This publication garnered so much attention world-side, that I got at least a dozen notifications that this study had come out around the world.  The final summary states,

Music is a non-invasive, safe, and inexpensive intervention that can be delivered easily and successfully. We did a systematic review and meta-analysis to assess whether music improves recovery after surgical procedures.

We included randomised controlled trials (RCTs) of adult patients undergoing surgical procedures, excluding those involving the central nervous system or head and neck, published in any language. We included RCTs in which any form of music initiated before, during, or after surgery was compared with standard care or other non-drug interventions. We searched MEDLINE, Embase, CINAHL, and Cochrane Central. We did meta-analysis with RevMan (version 5.2), with standardised mean differences (SMD) and random-effects models, and used Stata (version 12) for meta-regression. This study is registered with PROSPERO, number CRD42013005220.

Music could be offered as a way to help patients reduce pain and anxiety during the postoperative period. Timing and delivery can be adapted to individual clinical settings and medical teams.
Excited journalists from the around the world contacted me to make sure that I knew about this.  This was a huge moment for Surgical Serenity Solutions because of major validation from this meta-analysis.
Shortly after this publication, NPR did a piece on this study and how important it was in the time of the opioid crisis.  Listen to it here:
Sutures with a Soundtrack
If you’re interested in knowing more about some of the many meta-analyses that have been done on Surgery with Music, simple Google the topic and read the many clinical topics.  The NPR page goes on to say:

Sutures With A Soundtrack: Music Can Ease Pain, Anxiety Of Surgery

There is a free and powerful treatment hospitals could probably be using more often to treat patients who have surgery. It’s music. Scores of studies have looked at the power of music to ease this kind of pain. NPR’s Richard Harris reports on new research that pulls many of these findings together.

RICHARD HARRIS, BYLINE: When researchers in London started combing through the medical literature for studies about music’s healing powers, they found hundreds of small studies suggesting some benefit. The idea goes back to the days of Florence Nightingale. And music was used to sooth surgical pain as early as 1914. Dr. Catherine Meads at Brunel University focused her attention on 73 rigorous, randomized clinical trials about the role of music among surgery patients.

CATHERINE MEADS: As the studies themselves were small, they didn’t really find all that much. But once we put them all together, we had much more power to find whether music worked or not.

HARRIS: She and her colleagues now report in The Lancet that, yes indeed, surgery patients who listen to music, either before, during or after surgery, were better off.

HARRIS: Remarkably, patients listening to music used significantly less pain medication. Meads says music on average helped them to drop two notches on the 0-to-10 pain scale. That’s often what you’d get with a dose of medicine. Music in place of heavy-duty pharmaceuticals is a good trade-off. And we’re not just talking Mozart or Yanni. Music in many of these studies was whatever patients chose for themselves.

MEADS: I didn’t think it mattered at all which sort of music it was. It could be anything from Spanish guitar to Chinese classical music.

HARRIS: Was there any downside?

MEADS: Doesn’t seem to have any sort of side effects or anything like that.

HARRIS: Well, maybe one. A few other studies have noted that operating rooms are very noisy places, and added music can make it harder for the surgical staff to hear what’s going on. Doctors sometimes have to repeat their commands, creating opportunities for misunderstanding.

MEADS: If surgeons are listening to music, it can be a bit of a distraction. So it may be it’s not such a wise idea to have it during the operation itself.

HARRIS: That was not, however, something Meads analyzed in her study of music and medicine. Richard Harris, NPR News.

Scientists and music therapists have been conducting research on Music with Surgery for a long time.  Most of these studies are looking for specific information like whether or not there is a reduction in anxiety or pain perception.  These two things in particular have been studies with all kinds of surgeries.  Most recently there have been many studies on joint replacements, breast cancer surgeries, and diagnostic tests such as colonoscopies and endoscopies.

One of the questions that I am asked a lot is whether or not there has been a clinical study on the Surgical Serenity Solutions headphones and music.  I am very happy to report that there has been a study, conducted here at the V.A. Hospital.  The study looked at men between the ages of 18-72 who were having major abdominal surgery.  The study was conducted by Dr. MarinaVarbanova, an anesthesiologist there at the VA hospital.

In conversation with Dr Varbanova, I asked her about whether the subjects were all OK with classical piano miniatures since we know that not everyone likes classical music.  She explained that she told the subjects that this music was the best music to engage rhythmic entrainment, which would affect their anxiety and pain perception.  Only one subject decided to withdraw from the study because he only wanted country music.  At the conclusion of the study, results indicated a 20% reduction in anxiety and pain perception.  We were really thrilled with this result.  In a period of history where opioid addiction is killing thousands of people, the reality that music through headphones can be used to soothe and calm patients is truly exciting!

I am attaching to this blog post both the published study and the Powerpoint presentation that was given to staff at the VA Hospital. 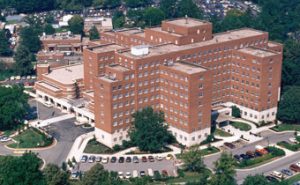