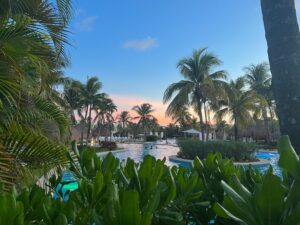 I am back in Cancun and I have to say that for me, this is truly a magical place! Why? Well it is definitely beautiful with dozens of varieties of flowering trees and plants, and all kinds of swaying palm trees that just instantly put me in a state of calm and serenity.

But even more magical for me is the fact that this is where I first had the inspiration to preload headphones for the surgical patient with beautiful, soothing, serene and therapeutic music.

In January of 2005 I attended a wonderful event sponsored by the National Speakers Association called “Cancun University.”  The internet was just really beginning to be important in the speaking world and all of us were encouraged not only to have websites that showcased our businesses.  Our professor also recommended that we create digital and downloadable products, such as e-books, and CDs/DVDs that vividly depicted us speaking and delivering valuable information with flair and pizazz!

When I first began reading about this event, I KNEW I had to attend and learn about internet marketing. Since I was a piano performance major in college, I really did not know much about marketing of any kind and certainly not about product innovation, but those were the two tracks that I decided to ‘major’ in at Cancun University!

What the professor said to get our creative juices flowing

The “professor” in the product innovation classes was a successful inventor who held dozens of U.S. and foreign patents and definitely knew the ropes. His name was Donald Booty and he was a gem!  There were probably 50-60 speakers in that group and he encouraged us to think of something that would be a solution to a universal problem that affected us. He gave a great example of the man who had just invented the cardboard collars for hot coffee drinks at Starbucks and McDonalds, in the wake of the lawsuit in which a lady was badly burned by hot coffee in a drive-thru window.

Don said “that gentleman is probably and retired and on the beach somewhere by now!” That really appealed to me and I went back to my hotel room that night to start going through the work I had been doing with music and surgery at the University of Louisville School of Medicine for the previous 10-15 years.

I had actually been working on a way to deliver the ideal calming music to surgical patients for over a decade, but previously I was creating unique cassette tapes for individual patients in Louisville, KY and would spend hours with them discussing when they liked and what would work best for calming them. Needless to say, that was a wonderful but not terribly efficient process.

Then I had the idea to create a set of 8-10 CD’s that would cover a variety of genres, but all have the ability to calm the patient. My idea was to have one of the big hospitals in Louisville sponsor this project and then license the Music for Surgery CD’s to hospitals around the world.

But right before I was about to embark on this, I had the opportunity to go to Cancun University.

Following through on the first assignment

After our first day in class, when we had been tasked with finding a simple solution to a universal problem, I went back to my hotel room and “poof!” I thought “What about creating individual headphones that would already be programmed with the ideal, soothing music for patients about to go into surgery?”

The next day, the professor was very excited to hear this idea and said that the next task would be to do a “patent search” and see if anyone had already beat me to that idea.

I did this and was thrilled to find that no one had ever done this or even tried to do this. I was told that I would need to get a preliminary patent on the idea and of course, all of this would cost money.  Nevertheless, I set to work on this idea and by September of 2005 I had the preliminary patent.

Getting the final patent

Between September 2005 and October of 2008, I was working with engineers, a couple of different patent attorneys and lawyers, and doing lots of research myself into all of the studies that had been conducted on the use of music with different kinds of surgeries. I found that literally hundreds of studies had been done on the use on music with patients before, during, and after surgery, but no one had thought of using headphones for the patients. Most hospitals were simply using music through overhead speakers that both the doctor and patient were supposed to benefit from. 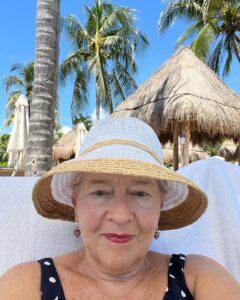 One of the first things I pointed out when I started marketing my headphones was the fact the doctors and patients needed almost the opposite kinds of music for the best result.  Surgeons seem to choose music that is upbeat and keeps their energy upbeat and consistent. Patients need music that is slower and calming and steady.  The genre actually doesn’t matter and music can be found in all genres that fits this description.

Where do I find this amazing product?  It’s actually quite a simple process!  Just go to https://www.surgicalserenitysolutions.com/20-pre-loaded-headphones-for-hospitals/ and you can get a box of twenty headphones with 50 pair of disposable earpiece covers for a great price!

Hope your hospital will be ordering soon!