Another VA Hospital Adopts a Surgery with Music Program

When the VA Hospital in Louisville, KY decided to purchase 100 of our headphones and conduct a clinical study on the benefits of music with surgery, we, Surgical Serenity Solutions, were thrilled!!   At the time, we were not aware of any other Veteran’s hospitals that had a music with surgery program, but that has now changed!!

The VA Hospital in Durham, NC has started a program for music with surgery and it’s very similar to ours, but also different.  They are using iPods that are loaded with a variety of surgery playlists, connected to disposable headphones.   Their music was selected based on veterans’ preferences whereas mine is chosen specifically for it’s ability to induce rhythmic entrainment.  Both methods are good, I think, but I do like the aspect of cordless headphones that already contain the music that will be used for surgery, loaded onto headphones!

I’ll probably be talking to them about trying our our headphones later this week!  Will keep you posted!!  Meanwhile, which would YOU prefer? 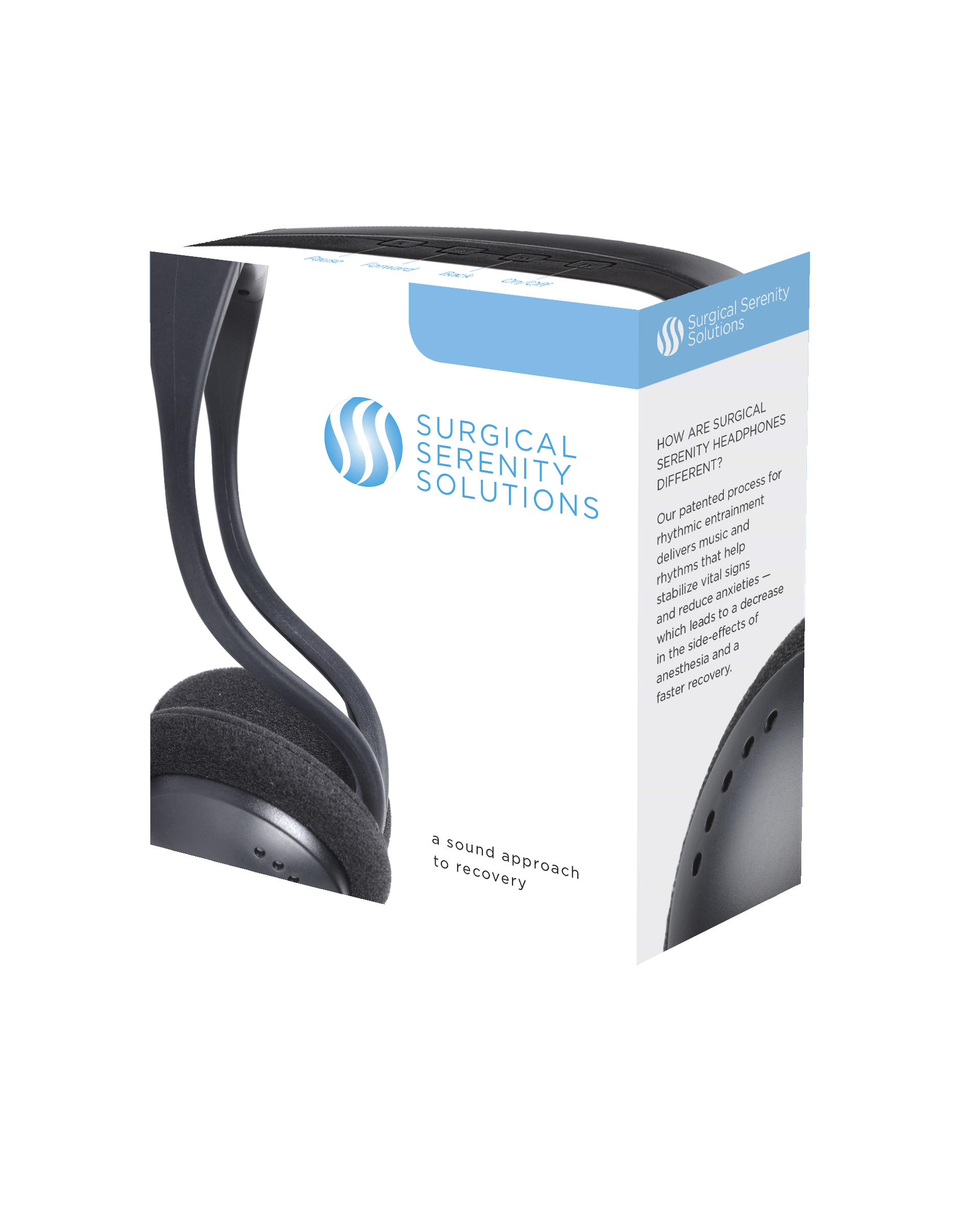 Of course, those of us that have believing in and using music during surgery, KNOW about the multiple and rich benefits it brings.   But this is an old, old story.  Something new appears in our world, and people say “oh that will never work!”  “It’s just an old wive’s tale”  “there’s absolutely no scientific proof!”

Interestingly, these are the very reasons that caused Dr. Joel Elkes, professor of Psychiatry at the University of Louisville School of Medicine, to hire me in 1990.  He knew how powerful music can be in medicine, and he said  “all we really have is anecdotal evidence, Alice, and I want YOU to start doing the research that will provide empirical, scientific, evidence of music as medicine.

From 1990-2005, I focused on toning, chanting, music with Alzheimer’s disease, and music with preemies.  All through that time I was becoming increasingly aware that music before and after surgery was powerful in reducing anxiety and pain perception, but also that very few people realized this.

Fast forward to 2017:  hundreds of thousands of people now understand that music in the peri-operative period is valuable, but patients would prefer that the hospital would stock the pre-loaded, cordless,   headphones and that insurance would cover that.   My original plan, was to start the marketing of the headphones in plastic surgery practices, where people expect to pay out of pocket.  I’ve started that process, but getting in to see plastic surgeons is not easy.  I’m always eager to hear your ideas!!