Surgery with music invention coming along

This week I’ve been on vacation in Florida and I’ve had the distinct pleasure of talking at length with my original music medicine mentor, Dr. Arthur Harvey. I am now in the final stages of choosing music that will be used with my music and surgery invention and we have heard back from the patent office. I am also required to get FDA approval and so am going through the hoops and the red tape to get that.
In the end, I believe that all the money I’ve spent and all the work I’ve done will be well worth it because this device will change the way surgery is approached by both the doctors and the patient. I’m really excited about it and wanted to share with you a little interview that was done with me today as I was leaving the beach here on Lido Key. Enjoy!

Update on Music with Surgery 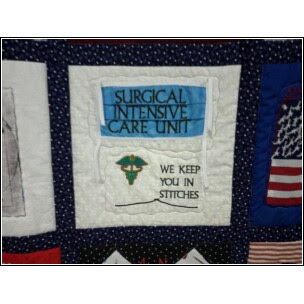 It seems that every day brings new articles and press releases about a certain hospital or surgeon who is now using music routinely with his surgeries. By now, you know that benefits to patients and benefits to surgeon are different. Music for the surgeon came first as Don Campbell’s book, “The Mozart Effect” proclaimed back in 1998. Don cited my work educating surgeons at the University of Louisville School of Medicine about benefits of music in surgery, but people were not taking into accout that the patients, even though anesthetized could still hear andbe influenced physiologically by the music.
For this reason, doctors and patients alike are becoming more and more aware that the patient needs his own separate and different music during the surgical procedure! What kind of music? Preferably slow, steady, purely instrumental music that comes through headphones directly into the patient’s brain through the 8th cranial nerve. This way the patient not only has their heartrate and breathing stabilized through the process of entrainment, but also they don’t have to hear the bleeps and blips of OR machines and conversations of surgical staff that are irrelevant and potentially upsetting to them.
Currently, I am working on an invention to be used during surgery. The patent is pending but I hope to make a major announcement about its availability in the next six months. Stay tuned! Alice

By DrAlice|September 7, 2007|Fear and Anxiety about Surgery, Fear of anesthesia, Fear of surgery|0 Comments
Read More