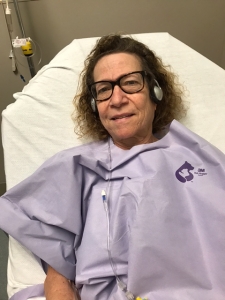 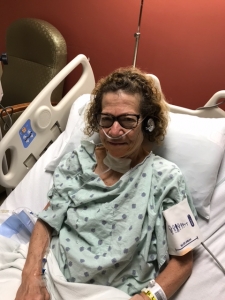 Have YOU heard about Heart Surgery with Music

There are hundreds of different surgeries that a human can undergo, but one of the most frequently performed is surgery on the heart.  According to one hospital site:

Coronary artery bypass grafting (CABG) is the most common type of heart surgery. CABG       improves blood flow to the heart. Surgeons useCABG to treat people who have severe coronary heart disease (CHD). CHD is a disease in which a waxy substance called plaque (plak) builds up inside the coronary arteries.

An earlier version of our headphones was used for CABG in 1994 in Greenville, SC at Greenville Memorial Hospital.  The patient was a 69-year old woman, with no known history of heart disease.  This woman was my mother and she was honestly not that enthusiastic about using music with her surgery.  She really was quite frightened about whether or not she would even wake up from the surgery.  After much reassurance that the music chosen for her would actually improve her chances of waking up.  Even in 1994, the cardiac surgeon had no problem letting her take the headphones into surgery and said anything he could do to improve her chances of a successful surgery and a good recovery.

My mother had 5  by-passes in her heart and was in surgery for hours.  When the surgery finally came to the waiting room and told my father and me that we could come back to recovery, we didn’t know what we might find.  I fully expected her to be still sleeping and not able to talk, but to my surprise, when she saw me, she seemed to perk up.  Then, the spoke weakly, but enthusiastically, “Oh Alice, the music was beautiful!!  I’m so glad that I had that the entire time and I will never have surgery again without this music!”

No one was more surprised than I!  This was over 20 years ago, and she’s 89 years old and doing quite well.  She has had other surgeries since them including a serious hernia operation and hip replacement, but every time she has had the Serenity Headphones and she loves to tell everyone about her experience.

Music during surgery: Why???

This is an excerpt from a guest lecture I gave at a major University in the South. People around the world are realizing the benefits that music for the patient during surgery can offer. Reduced amounts of anesthesia and pain medication can greatly speed up recovery time and make the entire procedure safer as a result of less anesthesia. Especially for older adults, frail adults and all children, the less anesthesia your body has to have the better! Of course the patient will be receiving enough that there is no pain or awareness of the procedure. To learn more about the use of music headphones, click on this link.